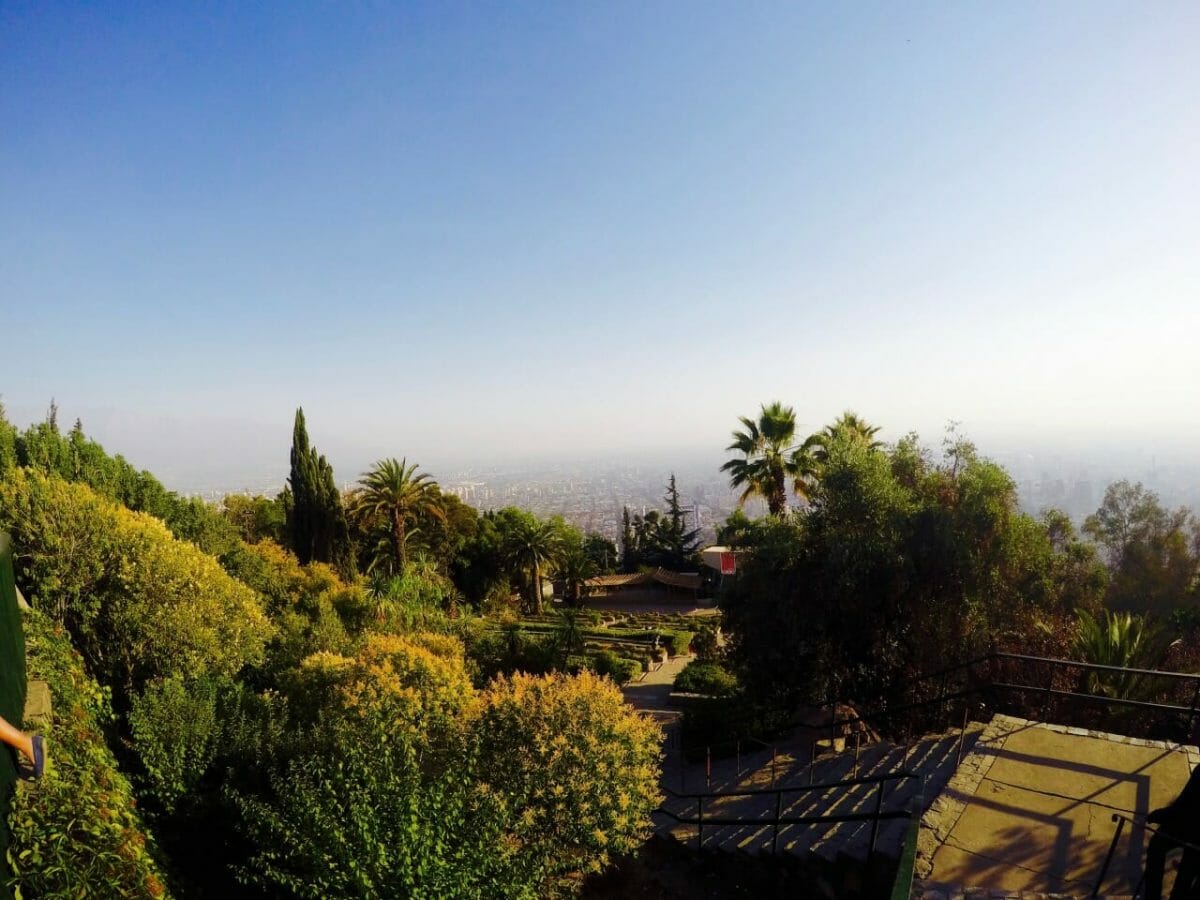 Our night bus from La Serena gets us in to Santiago at something ridiculous like 4am (too groggy to fully process the time) so it’s about 5am when we arrive to Knutsen Hostel, which I would just like to say is amazing and full of hammocks.

The hostel is in Providencia, which is probably the nicest neighborhood in Santiago (in my opinion, at least), and backs up against Bellavista, which is also lovely but distinctly more expensive. It’s a short walk to most anything we could want to see, and an even shorter metro ride to some further notable areas. And there is nothing I like more than taking the metro because 1) it saves me the exertion of walking and 2) it makes me feel like a local for about 5 minutes. Chileans are fair-skinned enough that I could almost be mistaken for one of them, if I am wearing sunglasses and keep my mouth shut.

Best of all, we are a block away from Lider, the Chilean Walmart. This country constantly threatens to break the bank, so cooking in is the best way to save money, with the added benefit of avoiding the mayonnaise-soaked crap they pass off as food (not joking, they are obsessed with mayonnaise).

The next week is spent traipsing around the city, exploring everything from cevicherias to viewpoints on the hill to art galleries and cultural centres, which abound in Santiago. Someone had told us on our Inca Trail trek that Santiago was dull and could be seen in a day, but I’d like to very disrespectfully disagree.

The only bad thing about Santiago is that we are hopelessly landlocked during some sort of freak heat wave. There is a pool half-way up Cerro San Cristobal, but the thought of having to navigate the sneaky maze of a hill again discourages me and I settle for Aristo flinging lukewarm water on me instead, which is basically the same thing if you don’t really think about it too hard.

The heat is particularly awful in the centre of the city, where the buildings are clearly blocking any breeze there might have been. It takes us a long time to work up the courage to leave the shady comforts of Providencia, but we do eventually venture out in search of Plaza de Armas and the fruit market more in the outskirts of town.

We are definitely not in Providencia anymore; a woman coerces us into buying (and smoking on the spot) a very heavily spun-out joint right in the middle of the square. Not to mention, the river looks like dirty dish water. But this part of town is still delightfully colourful and we enjoy exploring the street vendors and market stands on our way back.

I’ve managed to break the toe part of my thong and I’ve been flailing my leg around like an idiot trying to keep the shoe on my foot for the last few days, so I am delighted to arrive at a block of what appears to be exclusively sandal shops. The quality is similar to what you might expect if you bought shoes from 7/11, but they are fully intact and I don’t think you can afford to be choosy when the only alternative is knock-off Crocs.

We venture out one night, once I finally have functional shoes, to enjoy some of the allegedly great nightlife in Bellavista. We finish our bottle of vodka from the store and get out on the town by 1am, only for Aristo to decide that he feels too sick to dance and will only go somewhere with sitting. I figure there’s no point, so we call the whole thing off and have burgers and milkshakes instead. Ironically, I end up sick from the milkshake.

There is literally no happiness in the world for the lactose intolerant.

At present, Santiago A Mil, a large cultural festival, is going on and the streets are literally packed with dance troupes and performance groups, rehearsing for their part in the multi-week festivities. Every available wall is covered in street art and there’s just a lot of clatter about, which is really exciting.

Despite being annoyingly expensive, Santiago is a gorgeous place and it is free to sit in the park and read. If this is dull, I’m not sure I’ve ever had fun before.

9 awesome things to do in Huacachina, Peru