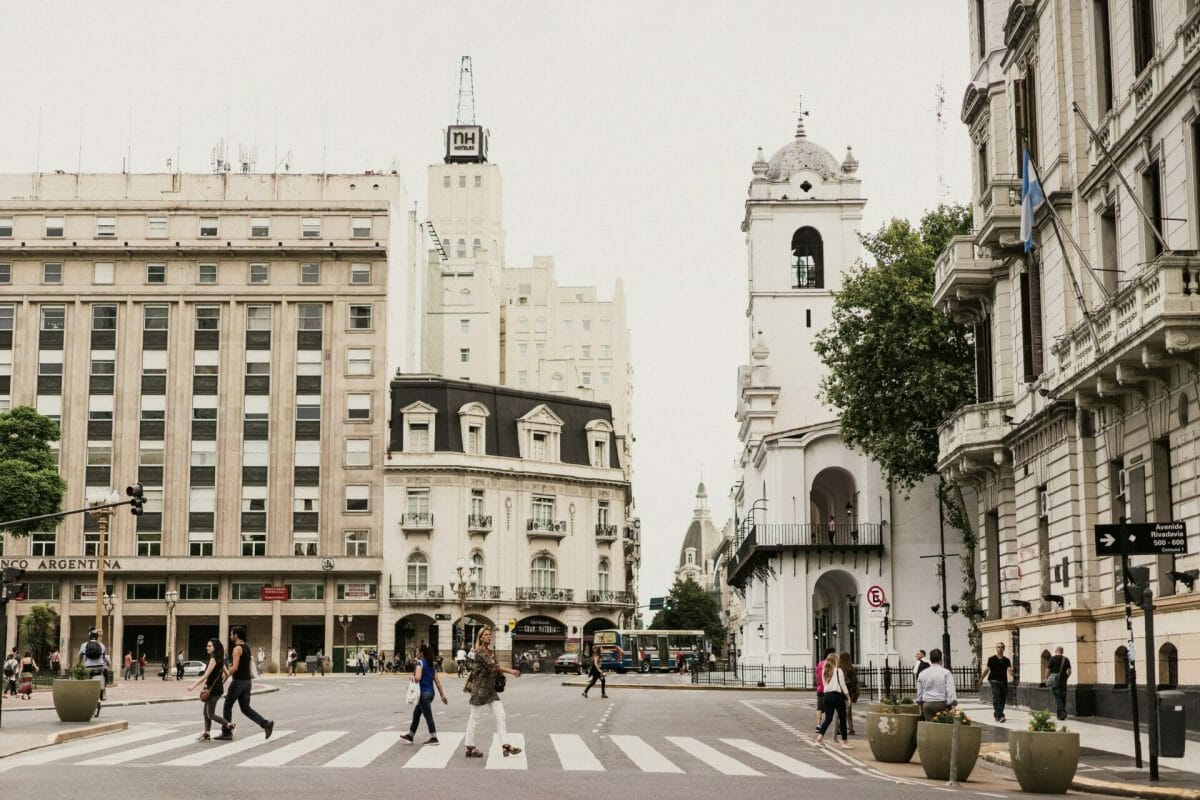 We’re pretty stressed about cash after our week in Argentinian Patagonia. It was a lot more expensive than the Chilean side and we just didn’t budget well for it, so we catch the latest bus from Santiago to Mendoza to sleep for a night without paying accommodation. This is always our go-to plan when strapped for cash, and it’s brilliant, except when you arrive at 3am and have to sleep with all your valuables in a bus station, being constantly prodded by bus-workers insisting that you may only sit upright on the benches. Once we are in Mendoza, though, we finally get a taste of the Blue Dollar that gets us excited to go to Buenos Aires and experience the peak exchange rates. Adios, poverty!

What is the Blue Dollar?

We first learned about Argentina’s black market cash exchange from English friends in La Paz, and it sounded almost too good to be true. Basically (from my very crude understanding of the complex economic situation in Argentina), their currency is depreciating, so many people in the country convert their savings into a strong currency (USD) that will retain or even gain value. To prevent all this money leaving the country and actually worsening the value of their peso further, the Argentinian government placed restrictions on the purchase of USD. And, typical of every single time in history that a government has tried to ban anything, the result was a massive black market for USD in Argentina.

Since we didn’t know about the Blue Dollar until we were already in South America, we had to settle for withdrawing USD from an ATM in Chile at a reduced rate to what we would have gotten if we changed over money at home or pulled USD out of an ATM in L.A. during our stopover. But still, those US dollars are now converting at 2x the standard exchange rate in back-alley, black market cash exchanges. After taking into consideration the low Aussie dollar 🙁 this still means that our measly budget of $40 a day has gone from 280 pesos to 400 pesos. We go from stressing about money to living like kings quite quickly.

Where to buy Argentinian Pesos

Buenos Aires will have the best rates for cash exchange, but it is still possible to exchange money in other large cities, like Mendoza. In BA, the best spot to buy pesos is Calle Florida, a long shopping street where you’ll struggle to take more than a few steps without someone stopping you and saying “cambio?” No matter the city, just head for the busiest street and if no one stops you, just ask any locals where to go. There will usually be some suss man lurking around ready to do business.

Keep in mind that this is technically illegal, and even though the authorities won’t usually waste their time on something so petty, you do still need to employ a certain degree of discretion. When you are organising a trade with someone, typically you will huddle off to the side of the road and discretely show a few of your bills so they can see the quality. But it’s not only police that you should be wary of— definitely exercise caution when dealing with these illegals cambios.

Tips for the Blue Dollar

If all this sounds incredibly suss, don’t worry, it actually is super easy (if I can handle this without disaster, anyone can). As long as you have some idea of what to look for, I don’t think it’s super common for anyone to get horribly ripped off. So read up online and enjoy the extra money!