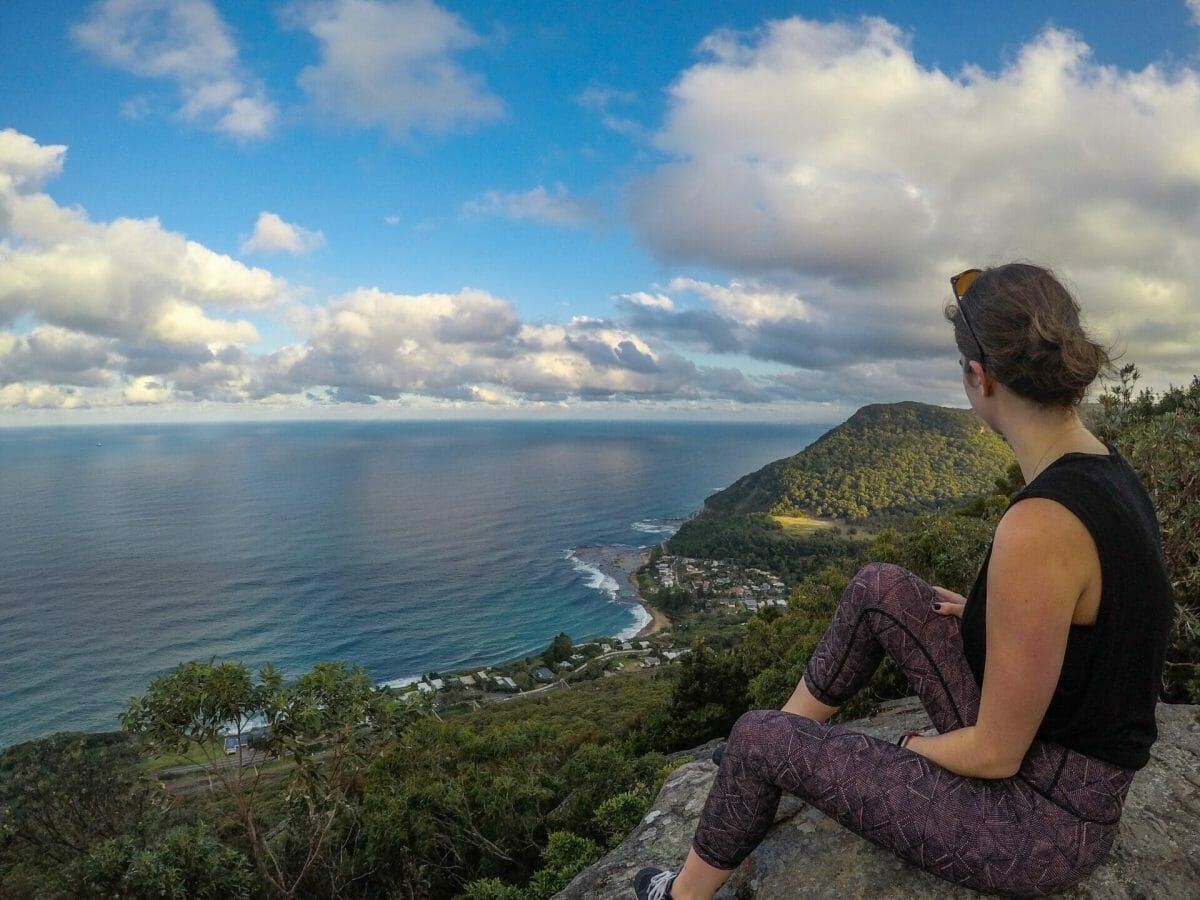 Bushwalking in Wollongong & beyond

It’s hard to imagine why more travellers aren’t making their way down to Wollongong & the Illawarra, but it’s equally surprising why more Australians aren’t! I am always surprised to meet people who don’t even know where it is. Wollongong deserves a lot of hype, but it is pleasantly under the radar, so get in while it’s still a great secret and explore the many nature trails, day hikes, and multi-day hikes that this region has to offer. Here are just a few of the best treks in the Wollongong area:

This short hike up the mountain, which starts just up the hill from Wollongong University, is so worth it for the gorgeous views of the coastline and all of the Illawarra. To get here, catch a train to the North Wollongong station (about $5 from Sydney), either walk 10min or take the free 9/9N bus to the University, and walk up the big hill (Northfields Ave) to get to starting point of the Mt. Keira hike (near intersection with Robsons Rd, cross street and climb green hill past houses to get to the trailhead). It’s a steep hike with a lot of stairs, about 1hr to the top for a magnificent view of the coast and the Illawarra from a number of viewpoints. I told my parents, crazy mountaineers, that it was a steep hike and they said “Brooke, I think we can handle it.” They came back saying “Wow, ok, that was really steep.” Told you…

A little over an hour’s drive from Wollongong, one of my very favourite places to take out-of-towners is  Kangaroo Valley and the wonderful, wombat-infested Bendeela Campground. It’s a free campsite with plenty of grass to pitch a tent or car camp, and there are guaranteed to be roos hopping around and wombats nibbling on grass surprisingly close to humans. From the campground, drive just 20 minutes to the start of the Three Views Trail. Within 7km along a very flat trail, you can reach the first two viewpoints, Lake Yarrunga View and Talowa Dam View, which are simply amazing, no matter the weather (see impending storm in photos).

Obviously one of the most notable hikes in the Wollongong area is the 32km and 10 hour slog from Otford to Bundeena through the Royal National Park. It’s a reasonably graded trail with unbelievable coastal views, doable as either a long day hike or a two day hike, camping overnight at North Era Campground. Read more about my recent Coast Track hike here.

Another Royal National Park favourite, the 11.3km Uloola Track winds quite gently from Waterfall to Heathcote and is well serviced by the train line. It’s a great morning bush walk that could very easily include a summer swim in the inviting Karloo Pools!

One of the best views around is undeniably from Wodi Wodi Track in Coalcliff, simply reached by hiking up for a few kilometres from the miniature, 4-car carpark off the side of the road. It’s also quite easy to extend the hike by carrying on along the Forest Track, which is a further 14km along the escarpment.

A lesser known but nonetheless scenic park, Barren Grounds Nature Reserve is just 45 minutes from Wollongong and is home to many quick bush walks, such as the 6km Illawarra Lookout.

Roundabout the Bulli area, Sublime Point is another short day hike that is really steep, but offers awesome views of the coast. For this one, you’ll even have to climb up a few ladders… It was a bit gloomy when we did this hike recently, but it’s positively stunning when the sun is out!

The Overland Track: A comprehensive DIY guide to Tasmania’s most iconic multi-day hike

A fantastic day of wine tasting with Margaret River Tours