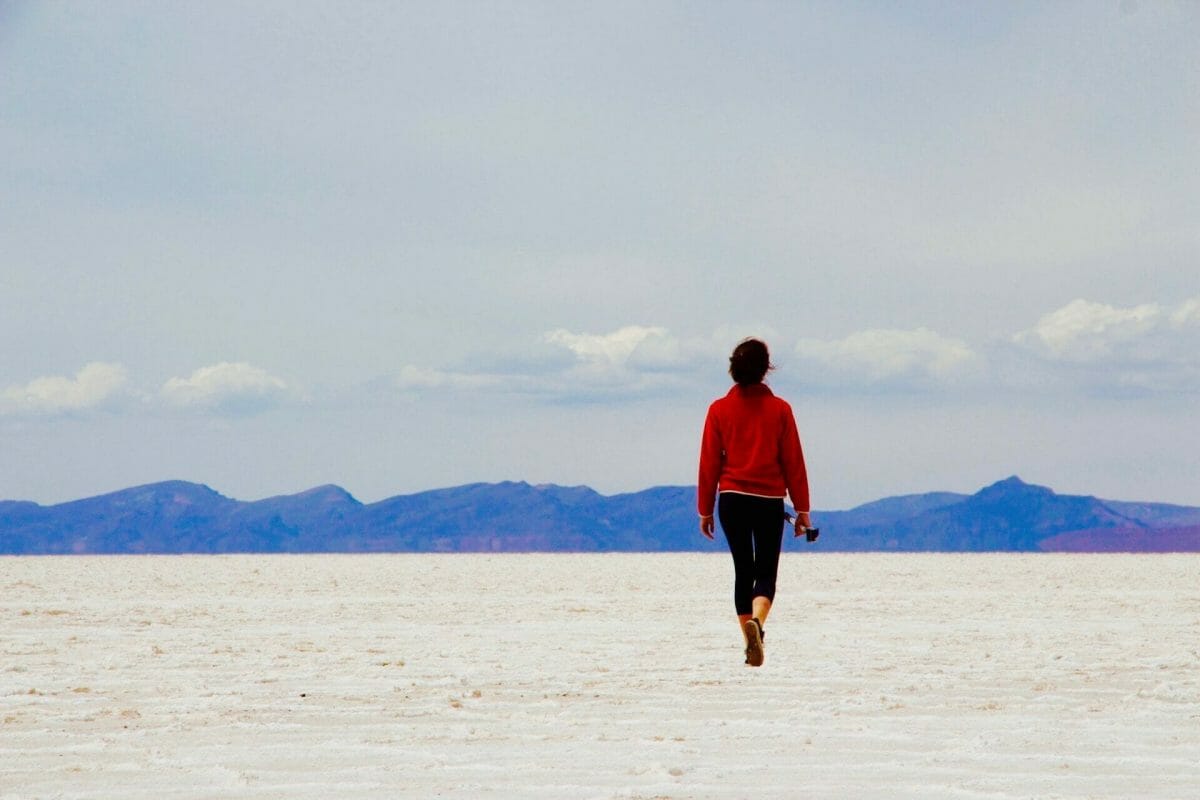 Like every single other tourist in Bolivia, we make the lengthy trek down to Uyuni to see the world famous Salar de Uyuni, a trip that requires us to sit for 4 days shoulder-to-shoulder with half a dozen other travellers in an ageing Jeep while we drive from the southwestern Altiplano to northern Chile. We are rewarded by some of the region’s most spectacular scenery, and we are also recipients of a fair bit of misadventure, but, if you ask me, misadventure is just another word for adventure. It’s all part of the experience.

Despite my complete mastery of over ten Spanish words (!!), there is a remarkable amount of confusion in just trying to get into the right vehicle and pay the correct people before the trip begins. In fact, there are no less than 6 separate occasions where we are both confident that we’ve been left behind. Alas, we do make it into the correct Jeep, and imagine our surprise when there are not just 2 other travellers, as we’ve been promised, but 5 other travellers crammed into the car. Actually, it would probably be more surprising if there were only 5 total passengers in the car, that’s just not the South American way. 5 seats? Ok, that should fit 16 people.

Thankfully, our travel companions end up being really lovely― a Swedish & Portuguese couple, who both speak reasonably good English, and a family of very large Germans, who speak basically no English, but one member speaks Spanish. He’s actually the only one in the entire car who can communicate fluently with the driver, but of course none of us English speakers can communicate with him to actually find out what’s being said, so it’s a confusing time for all.

After the very delayed departure from Uyuni (due to organisational mishaps on the part of the driver and the tour company that will prove to be common themes throughout the trip), we set off into the blaring sun and make our first stop at something called the Train Graveyard. It’s pretty much what it sounds like, and it’s crawling with gringos taking photos on the trains, in front of the trains, and under the trains. I have no interest in crawling on old trains, just take me to the salt, please.

The Salar de Uyuni contain more than 10 billion tonnes of salt, and if that sounds like a lot, just wait until you see it in person. It’s salt as far as the eye can see, stretching off in every single direction like an ocean of sodium. The salt even dries into these really amazing hexagonal patterns on the ground that make it look a bit like honeycomb in a beehive. I could try to describe it a million different ways, but long story short: it’s amazing.

My only gripe is that there are a lot of people around. Like, a lot. To escape the crowds, we run off towards Isla Inkawasi, a cactus island floating in the middle of the flats surprisingly alone, and take photos off into the distance. I’m also inappropriately delighted when the car breaks down a short while into the continuing drive and we get to sit in the middle of the Salar no where near the tourist spot that everyone stops. Finally, we can take in the immense beauty of where we are.

Today is a flurry of stops, taking in the incredible landscapes of Chuguana Desert, Ollagüe Volcano, Laguna Cañapa, Siloli Desert, and the distinctive Árbol de Piedra. By midday, we enter the expansive Reserva Nacional de Fauna Andina Eduardo Avaroa (which is an extra fee, annoyingly) and continue the drive towards the well-known Laguna Colorada.

After a jam-packed day of sightseeing (literally jam-packed into the Jeep for many hours, as well), we are all eagerly awaiting a comfortable bed that does not come. In a dramatic reprise of last night’s accommodation disaster, our driver somehow manages once again to be the last person pulling into every single hotel asking if there is room for us, leaving the car increasingly frustrated. Fast forward through a lot of distress and angst, we are crammed last-minute into a hotel, 4 to a room, 2 to a bed, and no one is very pleased. I really don’t care that we are sharing the room, and obviously I’d be sharing the bed regardless, but we have all paid for the tour under the promise of private rooms and there are people on the tour who really don’t want to be sharing a single bed all night (e.g. the German mother and either of her adult children).

On the bright side, this ends up being a real bonding moment for everyone in the group as we band together to give the driver what for. Well, we loosely communicate the “what for” to the Spanish speaker and he gives it to the guide, but the message is received and now there’s budding concern that the driver may just zip off and leave us all here overnight.

All fears/hopes of being left behind by the driver are quickly dashed when we get a very aggressive wake-up call at some ungodly hour and hit the road while it’s still dark. It’s well worth it when we roll into the Sol de Mañana Geisers and see – gasp – snow?! It’s been well over 2 years since I last saw snowy ground, let alone stood beneath falling snow, so I am immediately awake and the nightmare early rise is but a distant memory. Aristo takes the opportunity to hit me with a series of poorly constructed snowballs.

Our next stop is to Termas de Polques, gorgeous natural hot springs surrounded by herds of wild llama. What more could you ask for? We strip down to swimmers and brave the cold air for a dip in the alarmingly hot spring, but it quickly fills with people as more Jeeps arrive and we bail to stalk llamas.

Our final destination is the towering Licancabur Volcano and the aptly-named Laguna Verde near the Chilean border. After this last stop, we are deposited at the border and the rest of the group turns around to return to Uyuni in the Jeep while we struggle to organise the physical border crossing to San Pedro de Atacama Desert. Despite the current dramas, as well as the issues with the driver (which I’ve really glossed over now that I’ve calmed down a bit), this has been an amazing part of our trip and we absolutely would do it all over again.

9 amazing things to do in Baños: a guide to Ecuador’s adventure capital

Photo journal: adios, South America. Thanks for the tan.