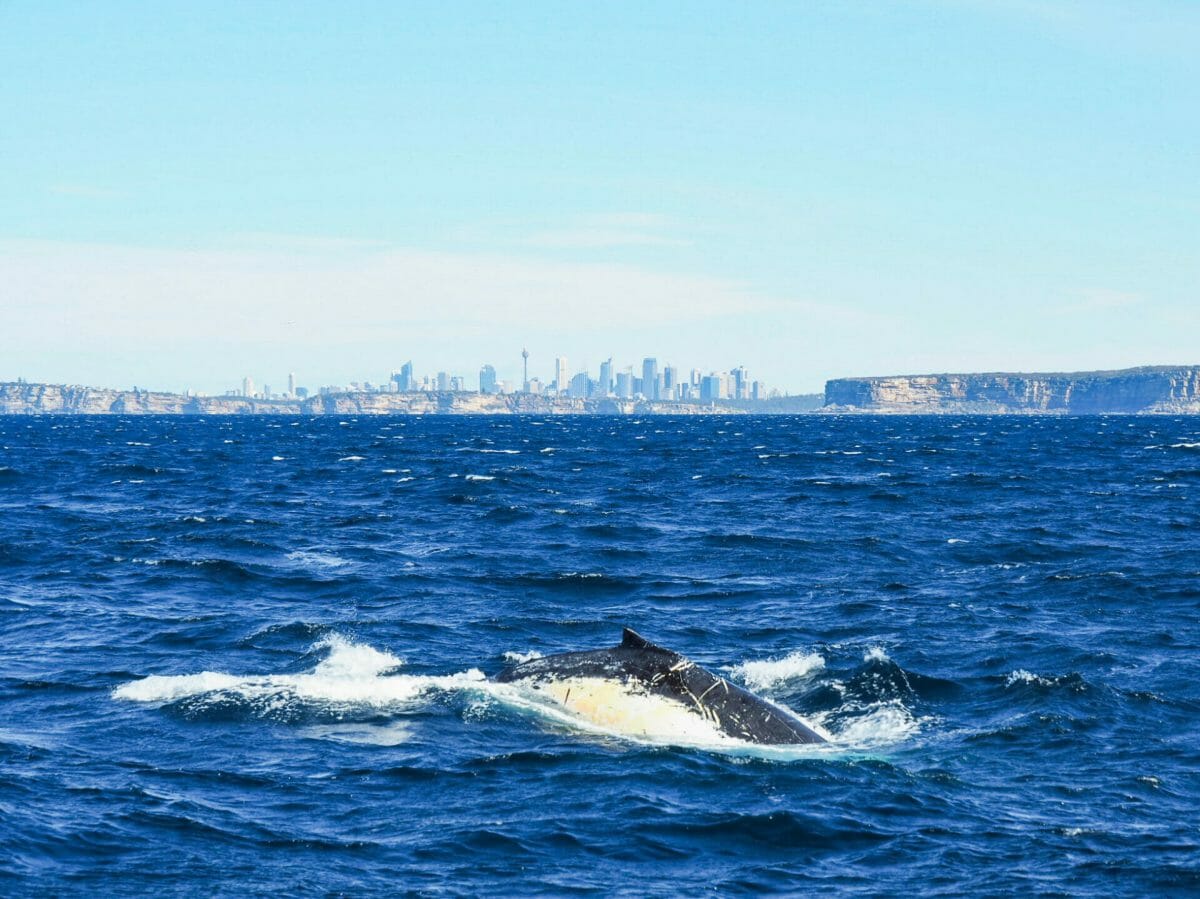 Every winter, thousands of Humpback Whales make the incredible 5,000km journey from Antarctica’s cold, krill-rich waters to the Great Barrier Reef, where they mate, give birth (and enjoy a well-deserved tropical holiday) before returning home in spring. These beautiful giants, spanning up to 15m in length and traveling in pods of 3-5 whales, are actually increasing in number due to recent conservation and anti-whaling efforts in Australia, so it’s easy to spot them off the east coast of New South Whales or Queensland during their great migration. What’s even better, you can actually find dozens of whales just out of Sydney Harbour, making for a quick and very exciting morning trip!

All the details: Whale watching cruise in Sydney

Cost: Most whale watching cruises will last 3-4hrs and cost $80-100, but head to Groupon for deals from $35 with the company Go Whale Watching. They run several cruises a day, every day during the season.

Getting there: The Go Whale Watching cruise departs from King Street Wharf 7 in Darling Harbour, which is only a short walk away from either Town Hall or Wynyard train station in the Sydney CBD.

Top tips: June-August is the absolute best time to spot humpbacks around Sydney, as the whales have their most frequent surface intervals during this leg of the journey and utilise a northerly current within a few kilometres of the coast to help in their long migration. It’s also possible to see mother whales returning south with their calves from October-December, but their use of the much quicker, farther off-shore East Australian Current means that they will be more difficult to see.

A pectoral fin flap right in front of the boat

Last weekend, I finally got the chance to go whale watching in Sydney after many years of always missing the season, and it was truly everything I had hoped. With friends Grace and Ben, I met the boat in Darling Harbour on a warm, sunny Saturday and we set off around 9.30am to hopefully spot some humpbacks breaching and flapping about off the coast. The ride out of the Harbour took a half hour, and although the wind had whipped the sea into a small fury, the chop thankfully wasn’t bad enough to make anyone on the boat violently ill, which is always my worst fear (being vomited on by a nearby stranger and/or vomiting on a nearby stranger).

An incredible breach in the distance

Cruising under the Harbour Bridge

Another whale watching boat headed out to sea

Coming under the Harbour Bridge and past the Opera House, we got to enjoy some classic Sydney views before finally making it out to open water and catching sight of a tell-tale splash in the distance. Our captain, narrating the unfolding events with unmatched vigour, high-tailed it over to our first pod of Humpbacks, just in time for us to watch the whales leaping and splashing out of the water. All thoughts of having the cruise cost reimbursed for lack of sightings was instantly forgotten, and I spent the rest of the morning madly running from bow to stern, camera viewfinder adhered to my eye, just trying to take a little bit of the magic home with me.

From this first sighting up until the very last second on the cruise, we saw whale after whale, some out of camera range but many right in front of our boat. Although I was too slow to capture the best breaches on film, I did manage to snap a few pectoral fin slaps and dives right in front of the city skyline. And even though I don’t have the picture to prove it, I won’t quickly forget the mad surge of adrenaline I felt as I half-squatted, half-lay across the deck and watched a whale shoot herself completely out of the water in one of the most impressive displays of nature I’ve ever seen. I’ll be replaying it until my next whale watching excursion (which hopefully won’t be long). My one piece of advice? Go whale watching.

An enormous pectoral fin slapping down against the water

Read more about what to do in Sydney

A COMPLETE GUIDE TO VIVID SYDNEY: WHERE TO GO & WHAT TO SEE

Out on the Great Ocean Road again