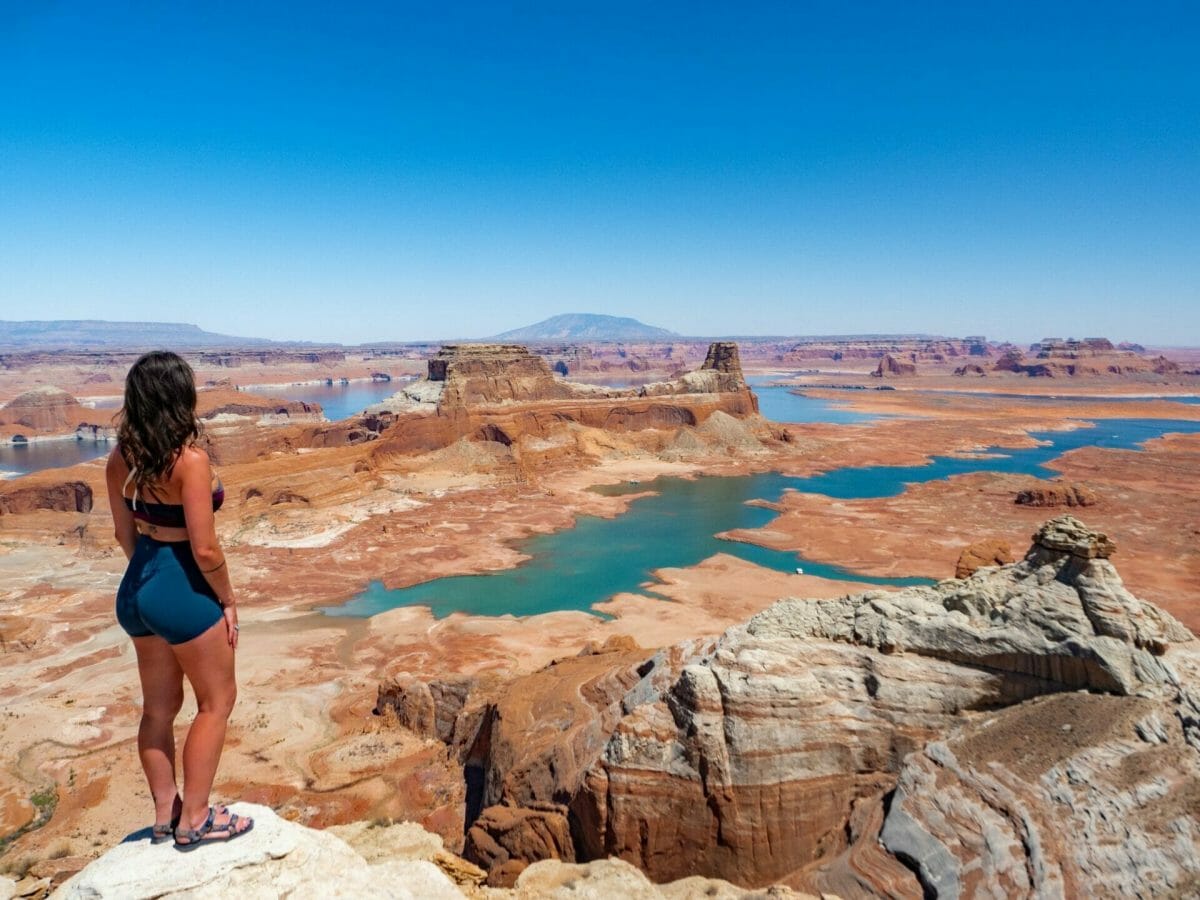 If you read my previous weekly update, you might remember that we were headed to the Grand Canyon last Sunday, hoping to spend the next several days hiking around the North Rim. As it turned out, the North Rim didn’t actually open until THIS weekend (a pretty substantial oversight, oops), and therefore we found ourselves scrambling to come up with a new plan for the week.

Thankfully, it didn’t take long— with Kanab less than an hour from the North Rim road closure (around Jacob Lake), we headed north to Utah before finally coming back to Arizona for opening weekend. It wasn’t our original plan (a theme that would continue throughout the week), but we had a fantastic time nonetheless!

Every morning in Kanab, we woke up bright and early to go enter the Wave lottery in the hopes of getting to hike out to this incredibly unique geological formation in the desert of North Coyote Buttes.

Dan had won previously on his first entry, which may have given us a false sense of hope for this week… In reality, there were around 80 groups entering each morning for only 4 daily permits— the odds certainly weren’t in our favour and, alas, we didn’t manage to score a permit any of the 3 days we tried, meaning we’d have to come back through next week.

After each disappointment at the lottery, though, we found ourselves up and active earlier than usual, an entire day of possibility stretched before us.

On Monday, we headed over to East Zion to explore some scenic stops along the Zion-Mt Carmel Highway and hike to Observation Point, which neither of us had done on our visits to Zion last year.

With the usual trail closed indefinitely due to rock falls, we approached via the flat East Mesa Trail, making this not only the best view in the entire National park, but also a very leisurely outing with great reward.

We even managed to get ourselves stuck in the sand trying to camp in a spot our van truthfully had little business being— to her credit, she’s handled extremely well on every road we’ve ever driven on, including some that were (unbeknownst to us at the time) marked as 4WD!

Thankfully, the crisis was short lived— a local couple passing by was kind enough to winch us out with their truck and we carried on to a less sandy spot in the hills.

The following day, we poked around Kanab, exploring the incredible Moqui Caves weathered into the sandstone and later visiting Best Friends Animal Sanctuary, the largest no-kill shelter in the country.

Both were fantastic activities and a great distraction from the fact that we were also waiting to hear back on another elusive permit, this one for the Subway in Zion National Park.

When we received an email that we’d been unlucky AGAIN, we slunk back to Kanab, checked into a hotel, and drown our sorrows in the swimming pool (plus, our first indoor shower in TWO WEEKS).

With unsuccessful permit entries for both the Wave and the Subway on Wednesday, we cut our losses (for the time being) and drove out to Alstrom Point to spend a couple days enjoying Lake Powell.

Although we originally intended to move campsites closer to the water after one night at Alstrom, the view proved so amazing that we didn’t budge an inch from our perch on the canyon’s edge.

We easily agreed that this was in our top 3 camping spots of the entire trip, and spent the next days lounging in the sun, catching up on work, cleaning the van, and hiking to the viewpoint (we like to push the van, but we decided not to try our luck over ruts the size of a bathtub and instead camped 2mi from the actual Point).

When we did finally leave our perfect campsite behind, it was to kayak to Antelope Canyon, something I’d been looking forward to for months!

As the most photographed slot canyon in the world and one of the premier natural attractions in the American Southwest, Antelope Canyon requires little introduction— no doubt you’ve seen photos of its narrow orange walls dancing like ribbons above dappled sand, illuminated as light streams in through bright keyholes above.

It’s nothing short of breathtaking and, consequently, it’s not much of a secret.

Read more: EVERYTHING YOU NEED TO KNOW ABOUT KAYAKING & HIKING TO ANTELOPE CANYON WITHOUT A TOUR (POST-COVID)

With all walking tours closed by Navajo Nation (who own the land in and around Antelope Canyon) due to COVID, I was incredibly disappointed to miss seeing this geological wonder on my southwest road trip last year.

What I didn’t know at the time was that there’s another way to explore Antelope Canyon— by renting a kayak, paddling several miles through Lake Powell, and then hiking deep into Antelope Canyon, all on your own!

It was a massive day, but it was SO incredibly worth it to be able to see the canyon, which was possibly even more beautiful than I’d imagined. And getting to do it via kayak and rugged hike only made it all the better!

To finish off what had already been a very eventful week, we looped back around to the North Rim for opening weekend and spent the next 3 days enjoying a quieter side to the Grand Canyon (the north rim sees fewer than 10% as many visitors as the south rim!).

We hiked classic rim trails like Bright Angel Point (0.5mi) and the Trancept Trail (4mi), and then sweated it out on a hike deep into the canyon along North Kaibab Trail to Roaring Springs (11mi, 3517ft elevation loss/gain).

Despite concerns that we would be returning in the dark (after getting a late 1230 start from the trailhead), we whizzed back up the canyon, taking only 4min longer than we took to descend— a testament to just how determined we were to prove a certain park ranger wrong after he told us we’d started too late to go past the first viewpoint (ha!).

It was a challenge, no question, but North Kaibab was also our favourite scenery on all of the trails here— the familiar Canyon covered with green pines and exploding with plant life felt immediately unique from the rockier, drier landscape found at the South Rim, and we could really appreciate what makes this side of the Grand Canyon so special.

We wrapped up the week along the Scenic Cape Royal Drive and, finally finding success with a permit, even scored the only daily backcountry camping permit for distant Cape Final.

Dan was too tired to trek out and camp on the canyon’s edge, so I made the journey alone and enjoyed possibly the most spectacular night sky I’ve ever seen, not to mention a sunrise for the books. Worth all the wind and more!

This was our first week paying for any accommodation ($16 to top up our stockpile of hotel reward points and $18 for a backcountry camping permit to Cape Final), and otherwise we spent every day camped out as usual. Our spot at Alstrom Point mid-week also ended up being one of our *top 3* campsites of the trip thus far!

With all the activity this week (and therefore little time to eat out or spend money on anything else), we came in once again around $22/person/day, an incredibly respectable budget and a pattern we hope to maintain moving forward!