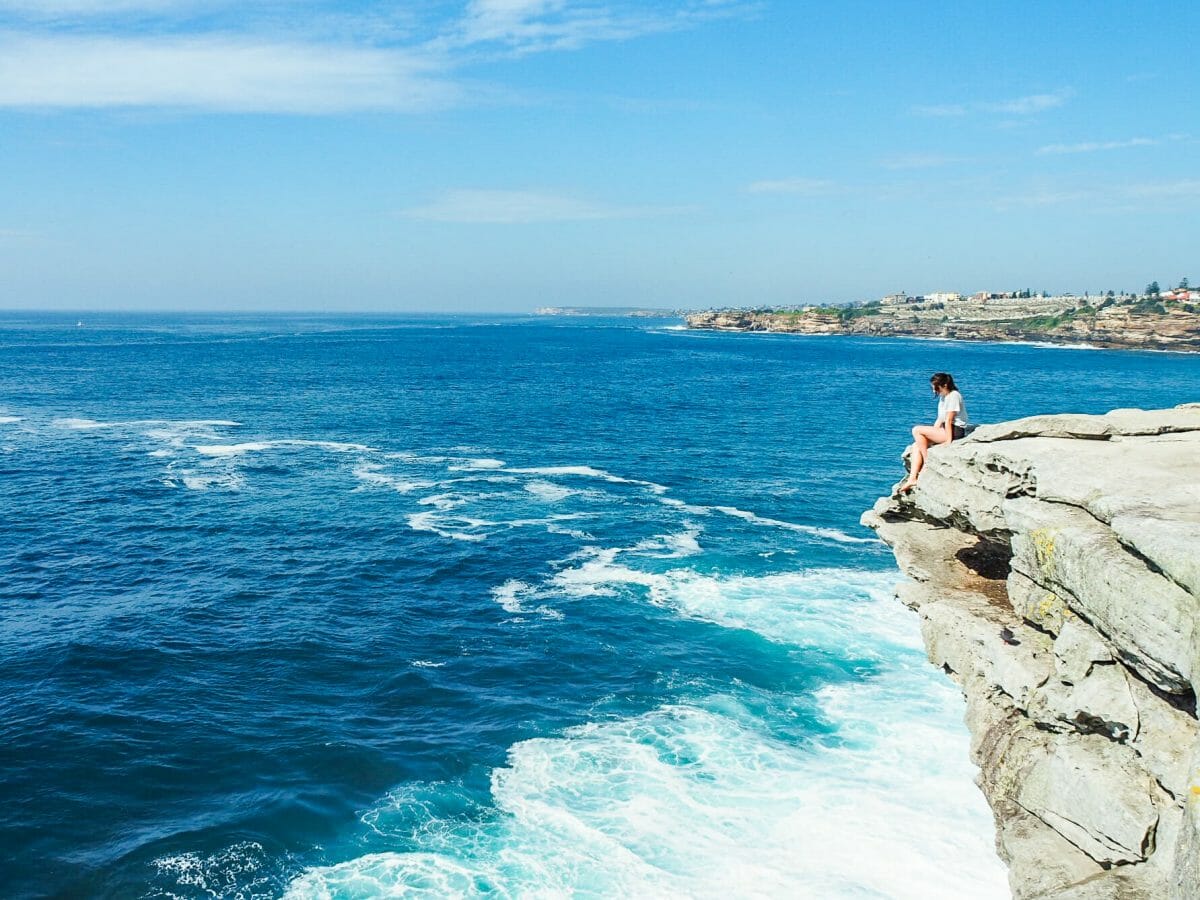 Why I moved to Australia after high school

I spent last week writing an extremely long-winded post on reasons to move to Australia that I hoped would convey at least some of the seemingly infinite things I love about this country, but I also realised in the process that I’ve never taken the time to write anything about the personal reasons which led me to make the big move myself.

This is a fair departure from my usual posts on moving to Australia, which have focused on the more informative or instructional side of moving overseas and settling in to a new country, but maybe my story will resonate with someone who is feeling exactly what I was feeling back in 2012. Which was underwhelmed and ready for a big change.

To set the scene, I had just moved into campus housing at Seattle University, was still in the first quarter of studying biology, and, due to a slew of personal reasons (not the least of which was having another ankle surgery that left me on crutches for the better part of my time in the city), I was not really enjoying myself as much as I should’ve been. It took me a while to put my finger on the problem, but I did finally come to the conclusion that my ambivalence towards my new life was really because I was too busy thinking about all the things I was missing out on. I was envious to the point of nausea anytime I met someone who had travelled extensively or lived in a new and exciting city, and I couldn’t shake the feeling that I had wasted my only opportunity to do the same thing by choosing a school just 20 minutes from where I grew up.

This was nothing more than confused wallowing— until I had lunch with a friend and found out that she was feeling the exact same thing. I don’t know why it didn’t occur to me sooner, but finally I realised, over the course of that conversation, that I could actually change my situation and make my own life into the exact thing I seemed to envy so much.

People always ask me why I chose to go to Australia, and the thought process actually wasn’t very involved (deciding to stay in Australia is a much more interesting story). Basically, I knew I wanted to apply for university as an international student and keep studying, so I only considered English-speaking countries with well-respected schools. That left Canada (far too close to home), England (the same depressing grey weather I’d spent my whole life dealing with), and Australia (which seemed exotic and entirely different in all the right ways).

I hardly even remember the application process, it was such a blur. In a matter of weeks, I managed to complete all the applications and send off transcripts and test scores to five universities in Australia. Even though it was mid-year in the US, I was just in time to apply for the start of the year in Australia, so I heard back surprisingly quickly and then planned a very last minute solo trip to go visit these 5 schools and pick where I’d be spending the next few years.

This trip was an incredibly significant accomplishment for me. It was my first experience travelling overseas alone and I was excited beyond belief, which far outweighed all the negative comments made by friends and family who just couldn’t understand why I needed to go. It honestly felt so empowering to take control of my life and it really proved to me that I’d be able to manage even the more challenging aspects of moving to a new country without knowing a single person. As cliche as it sounds, I vividly remember staring into my reflection on a bus window as I journeyed from Sydney to Canberra one night, thinking you can do absolutely anything you want.

In the end, I settled on Wollongong Uni, for its lush campus, proximity to the beach, amazing anatomy program, and their rather generous scholarship offer. I returned home for a couple of weeks to pack, and then, before I knew it, I was getting off the plane in Sydney again, this time to spend 3 years in my new home. It only took me about a month to decide that I never wanted to leave.

A new life in Australia

I felt instantly at home in Australia, but I think, looking back, that this move was really about pushing myself to live the life I’d been so vividly imagining and not being afraid to change directions, even if it seemed “too late”. Of course, sometimes I wish that I’d had this epiphany before spending a sizeable amount of my college savings on tuition at Seattle University, but it was still an important step in my big revelation, so I can never regret the time I spent there. Or the people I met— that friend in Seattle who was also aching to move somewhere more exciting ended up going to the UK to study and is still living there now.

Ultimately, I am so much happier having taken a leap outside my comfort zone. Instead of envying people with stories of living abroad, I went and made my own story. I can’t say that I don’t still squirm with envy when I read other blogs about amazing cities or even when I see my peers achieve some sort of success, but I now have a much greater appreciation for my role in my own happiness. I can always visit that beautiful spot instead of feeling jealous that someone else has, I can always work harder to achieve things myself, and I can always chase the things I want rather than thinking of my life as a finished story.

“Go confidently in the direction of your dreams. Live the life you’ve imagined.”

While big changes will always be challenging, they are also always rewarding, regardless of the eventual outcome. If I’ve learned anything from my PhD (and that’s a big if, some days), even a negative finding can be significant— maybe I would have hated Australia or I would have struggled being so far from home or a million other things could have gone wrong, but at least I would have gotten just one step closer to figuring out what would make me happy. And that is always worth the risk.

Read more about moving to Australia

A COMPLETE GUIDE TO GETTING AUSTRALIAN PERMANENT RESIDENCY THROUGH THE 820/801 PARTNER VISA (START HERE!)

STUDYING IN AUSTRALIA ON A STUDENT VISA (SUBCLASS 500)

10 (MILLION) REASONS TO MOVE TO AUSTRALIA

A complete guide to getting Australian permanent residency through the 820/801 Partner Visa (start here!)

Sponsorship for a Partner to Migrate to Australia: completing the sponsor section of the 820/801