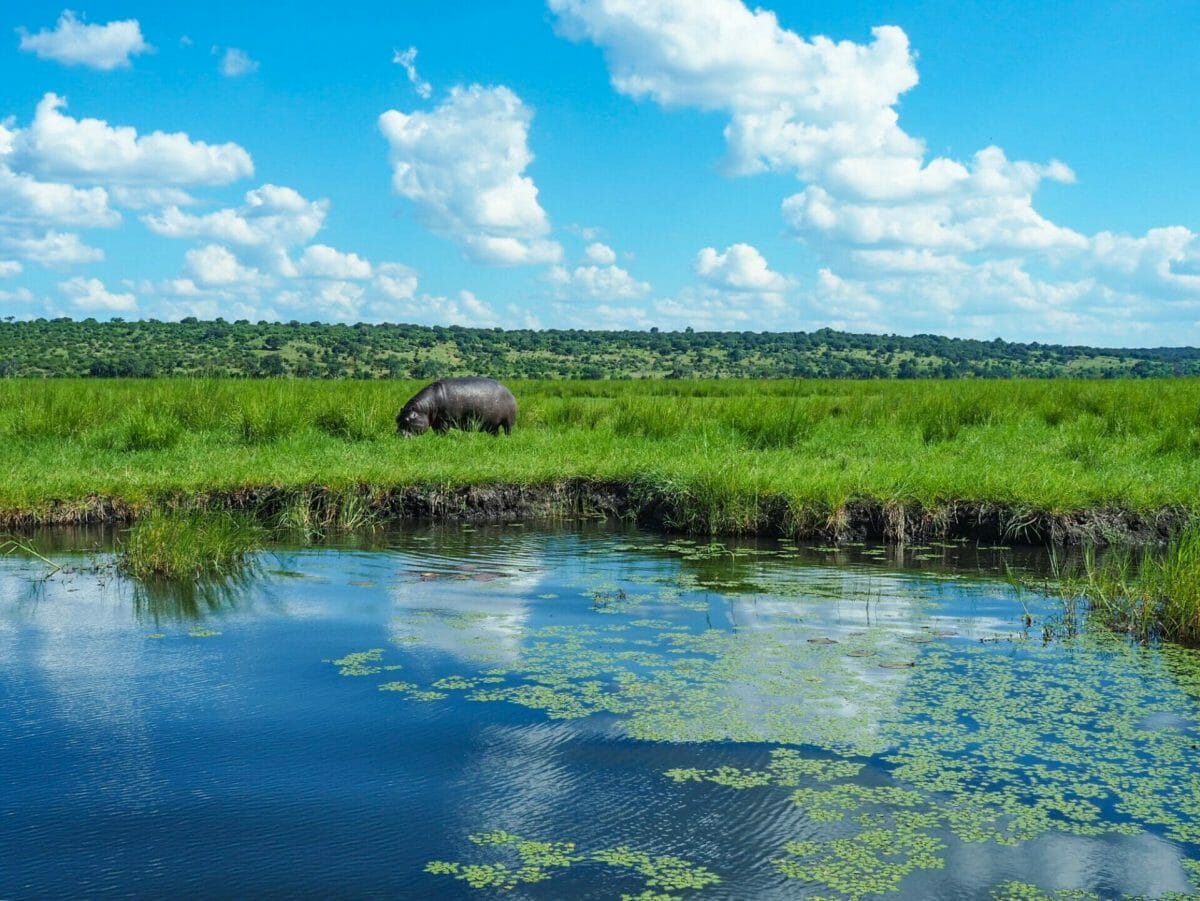 Botswana’s first and most diverse national park, as well as one of the largest conservation areas in a country dominated by nature reserves, Chobe National Park is a standout among all of southern Africa’s safari destinations. Botswana is actually home to the largest population of elephants in the world, with nearly 150,000 of those elephants estimated to live within Chobe. Driving around this rugged and honestly underrated national park, it’s difficult to see why more people don’t opt to spend their holiday doing the same— within the span of just a few hours, we see literally hundreds of elephants, half a dozen lions, crocodiles, countless hippos, dozens of giraffe, lizards, and an incredible assortment of birds. This truly is a wildlife hotspot beyond compare.

Cost: Thebe River Safaris offers guided game drives through Chobe National Park for 350P and river cruise/safaris for 400P, both of which are absolutely excellent.

Getting there: There is an airport in Kasane, Botswana, which is only 7km from the Thebe River Lodge. They can organise transfer for you if you don’t have a car.

Where to stay: Stay in Thebe River Lodge (owned by the safari operators), either camping in your own tent (115P) or staying in one of their rooms (from 1100P).

Top tips: Bring some drinks and snacks to enjoy on the river cruise while you’re looking for crocs and hippos.

Departing the Waterfront in Livingstone that has been our home for the last several days, Cal and I get our first taste of overlanding as we pack up our tent at 530am and try to wolf down a quick breakfast before staking out some seats in the already toasty truck. We have a total of 11 people on a truck that is equipped for 24, so the upshot is that we have heaps of room to spread ourselves and our stuff out across the seats and the lockers. Our drive is only 90 minutes today, but it involves crossing over the Zambian border and into Botswana, so we visit two different border posts, queuing up with passports in hand. Thankfully, the whole experience is rather painless, so we arrive to our campsite in good time.

After quickly erecting our tents, we are picked up in a safari vehicle and driven a short time to reach Chobe National Park. Unlike Kruger in northern South Africa that is a mix of paved roads and dirt roads, though, Chobe is a bit more rugged and just a series of dirt paths best explored in a 4×4. As we cruise on through, we spot elephant everywhere we look, nibbling at the grass or splashing around in the watering holes. There are some impala running about, as well as some cute giraffe snacking on tree leaves and bending over quite precariously to drink water, but the animal sightings are always framed by elephants.

As with all guides, our driver has an uncanny ability to spot animals at a crazy distance and points out a number of hippos, a croc barely poking his eyes above the water, a monitor lizard eating a snail, and a fish eagle perched on a branch. His best spot is a lion in the distance guarding her half-eaten kill as a herd of elephants looks on, likely preparing to scare the cat away. Our guide says that the rest of the pride must be nearby, so we drive slowly by the surrounding brush. It’s not long before he spies the tell-tell flick of a tail out of a thick bush, so we stop and all squint to see the big cat who is in the process of readjusting and soon faces us head-on.

Further down the road, we spot another few cats, one of whom actually stands up and walks a few paces out of the bush to have a better look at us. For several in the group, including Cal, this is their first lion spotting, so considerable excitement ensues. As for me, I never get tired of big cats, so I’m just as excited, if not more so, than everyone even though I did get quite close to some lions in Sabi Sands a few weeks ago.

After several hours of rolling through Chobe and seeing heaps of animals, we drive a short distance to the riverfront and board a boat for more safari-ing along the Chobe River. We’ve packed a cooler full of drinks, so I crack open my icy bottle of red wine and relax in my chair as we pass huge groups of hippos and elephants along the bank. With Botswana on our left and Namibia on our right, we enjoy some multicultural animal sightings (although the animals swim across the river all the time, so the buffalo on Namibia’s bank may just be visitors from Botswana rather than foreign wildlife).

For a few kilometres, Sedudu Island sits between the two banks and splits the river into two. Surprisingly, though, ownership of the island has been a point of much contention between the two countries. It’s not more than a few square kilometres of grass, but Botswana desperately wanted it for tourism and Namibia wanted it equally badly for agriculture, so in the 90s they measured the depth of the river on each of the banks to determine the main river. The shallower side was said to be the rightful owner of the island, and so Sedudu Island now belongs to Botswana and is still home to hundreds of animals that swim across to graze or seek shelter from predators.

On our river safari, we see hippo far closer than I’ve seen them anywhere else. Even up close, it’s hard to imagine that these cute, pudgy animals are really responsible for more deaths than any other animal on earth (although that mustn’t count deaths from mosquito-transmitted diseases, otherwise I’m sure they’d be the winner). We also spot dozens of elephants sparring in the shallow water, crocs sunning themselves on the bank, Cape buffalo, and a few funny African birds. It’s an entirely different way to see animals and we are all thoroughly enjoying ourselves, watching the sunset over another amazing day, wine in hand.

Back on land, our truck comes to fetch us and delivers us back to our campsite where we wolf down a delicious dinner and then pass out in the tents, absolutely worn out from a full day of activities. Tomorrow is a slightly later morning than today, but we still have to set the alarm for 545am. It’s funny, I usually hate getting up early, but I don’t even mind here— there’ so much to see that it would be a waste to sleep a minute past sunrise.

Read more about our travels through Botswana

Canoeing along the Orange River