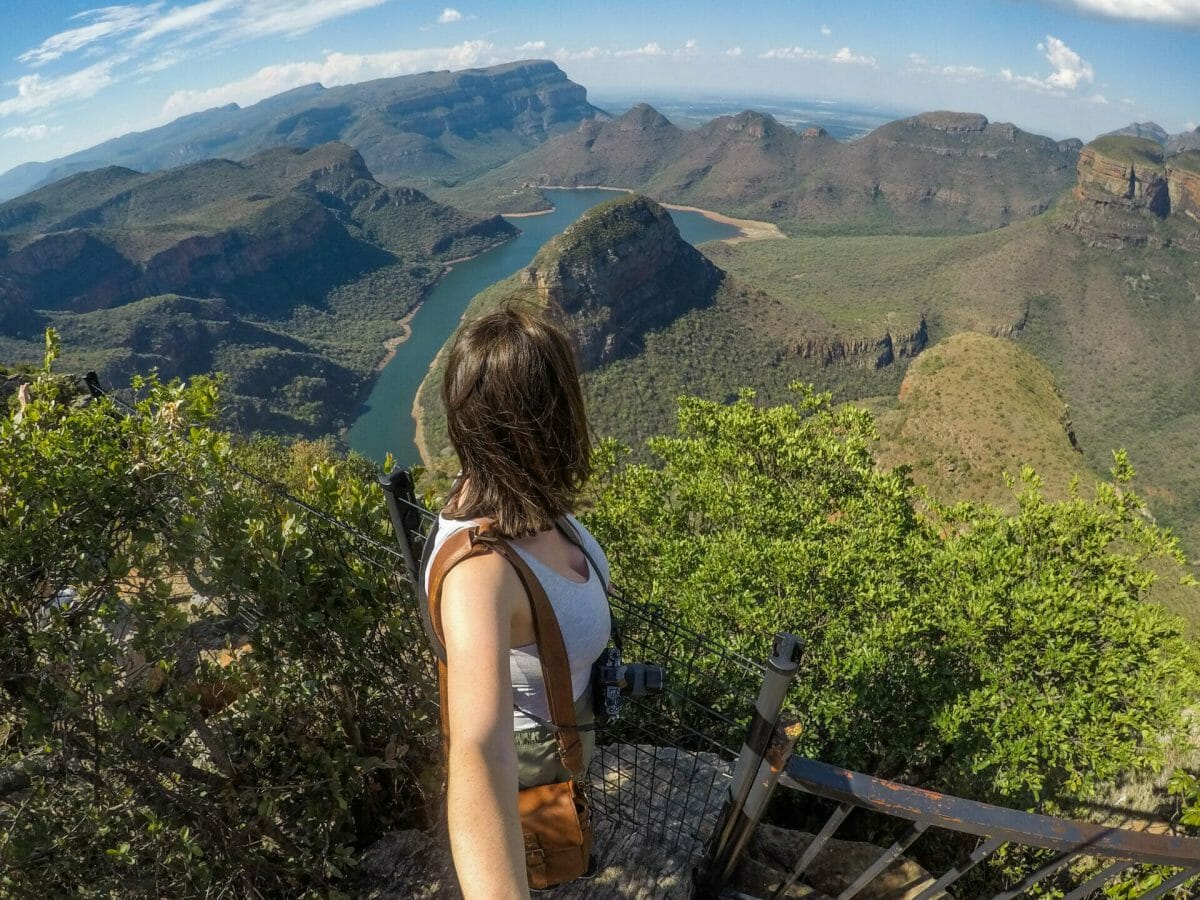 Excitement levels are at an all-time high this morning as we wake up and pack in anticipation of an 8am pick-up for our lengthy drive to Kruger National Park and the eagerly-awaited first day of our South African safari. Our energetic private guide for the next few days, Mary-Anne, retrieves us from our Airbnb promptly and, after signing a few forms and saying goodbye to our lovely host, we are all on the road, Kruger bound.

Throughout the drive, Mary-Anne dictates the long and winding history of Southern Africa, frequently interrupted by rants on her own political views and the evil of Greenpeace, and although it is clear that she is knowledgeable about the region, it is even more clear that mum and I will not be called upon to carry the conversation. I settle happily into photo editing in the backseat, listening out of one ear but not feeling the need to supply anything more than an occasional “mhmm”. And as we get to know Mary-Anne better, it becomes increasingly obvious that she is content to just talk about herself the entire drive anyway, so I’m not sure she even notices our diminishing levels of interest.

After a couple of hours, we make a rest stop and are delighted to see buffalo and ostriches milling about outside a waterhole. It may not be lions or cheetahs, but it’s our first wildlife sighting in Africa, so we are more than a little excited. Still, we’ve got places to be, so, after a few photos, it’s back on the road with Mary-Anne’s never ending monologues.

Around midday, we stop at Wimpy’s, a mediocre burger shop, in Lydenburg for lunch, but manage to lose the better part of an hour just waiting for the food to reach the table. The unfortunate result is that we are now behind schedule to reach the Orpen Gate into Kruger before closing time and Mary-Anne expresses concern for this fact continuously over the next several hours, despite the fact that there’s literally nothing I can do about the time crunch from the passenger seat. One of the first hacks is a visit to a waterfall in Sabie, but when it’s proposed that we skip the Three Rondavels to make up some time, I simply refuse. I had hoped to drive the entire Panorama Route, but the viewpoint over the Blyde River Canyon and the Three Rondavels is all of that original request that remains in our itinerary, so I’m just not willing to sacrifice it.

A frantic and slightly frustrated Mary-Anne is booking it down the highway, flying past the most spectacular scenery as we near the canyon. Thankfully, we make rather good time to the viewpoint, so mum and I are allowed a few minutes to hop out of the car and admire the world’s 3rd largest canyon (following Arizona’s Grand Canyon and Namibia’s Fish River Canyon, which I will be visiting in about 6 weeks) before we zip back to the car and continue another hour towards the Orpen Gate.

In the end, all of Mary-Anne’s stress was for not, as we sail quickly and without hiccup through the gate and into the park around 6pm. She’s given us a speech about how we will only be stopping for exciting animals tonight given that we are in such a hurry (which is initially disappointing, but after our twentieth antelope sighting I begin to understand why). This has us slightly worried that we may not see anything tonight, but not 100m past the gate she screams “RHINO!!” and I’m whipping my camera up to my eye in time to get about twenty shots of a gigantic rhinoceros cross the road directly in front of our vehicle. Both mum and I are squealing with excitement, and already our Safari is off to a swinging start, the first of our Big Five animals (still to find: buffalo, elephant, lion, leopard).

Minutes after our rhino encounter, Mary-Anne spots an elephant right up ahead and pulls us alongside for more excited hyperventilating and photos. He’s giving off some staunchly vibes that Mary-Anne soon interprets to mean that he’s in “musth” (sort of the male elephant equivalent of heat) and we need to scoot on out of his way. Since elephants, much like humans, may reach sexual maturity at 12-16 years, but may not actually mate for the first time until they are 35 due to herd dynamics, many male elephants experience rather intense hormonal headaches that can make them unpredictable– elephants in musth can actually experience testosterone levels more that 60x normal. I feel bad for our sexually charged friend, but there are plenty of lady elephants in the park, so I hope he soon finds a mate. As for us, it’s not long before we spot another happier elephant romping along the dry riverbed to take more photos of.

Over the next hour as we make our way to Satara Rest Camp, we spot several gatherings of giraffe, a dozen different “dazzles” of zebra, a couple more elephants, a slender mongoose, and countless wildebeest, kudus, and impalas. I’m getting whiplash from all the animal sightings and it’s only day 1 in a very small section of the park! We’ve been beyond lucky with the wildlife, but also the weather, which was stormy and pouring rain while we were in Johannesburg, but has miraculously cleared to blue skies and mid-30s for our Safari. It is picture-perfect, especially in the golden light of sunset.

When we make it to Satara, Mary-Anne checks us in and sorts out our room key while we stock up on snacks for the following day, and then mum and I dump our luggage in the room, lather up in bug spray, and rendezvous with Mary-Anne for dinner at the onsite restaurant. We chat about our day and lay out plans for an early departure (430am) tomorrow over wine and beers, and then mum and I happily retire back to the room so I can pass out without showering in my lumpy single bed. I absolutely can’t wait for tomorrow. Crossing all fingers and toes for big cats!