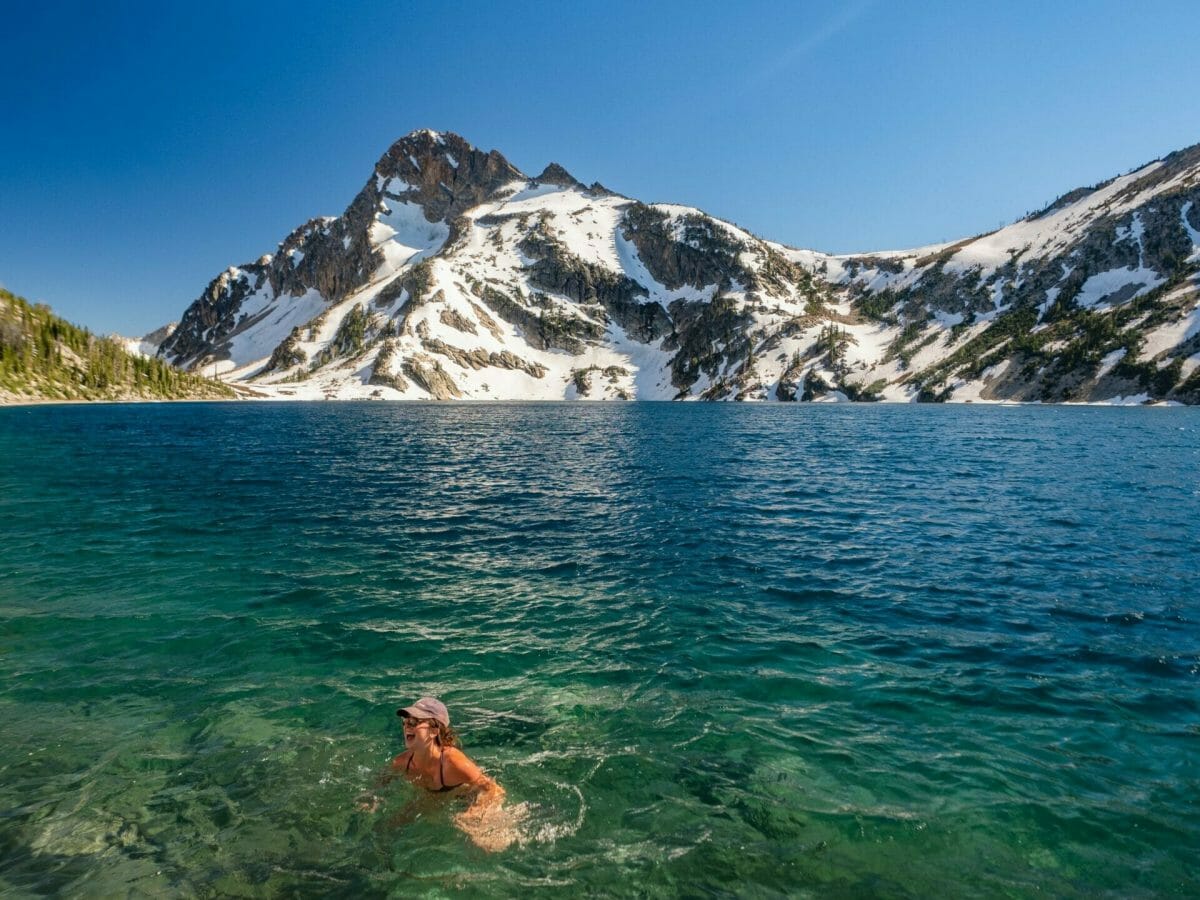 Awed by the dramatic beauty of the Sawtooths and with absolutely no plans to leave anytime soon, the week quickly passed with another handful of hikes in central Idaho’s mountain paradise. This just might be the highlight of our entire trip!

We started off the week with our largest undertaking yet, the massive 20mi Alice-Toxaway Loop, which includes no fewer than 8 incredible alpine lakes tucked away in the pristine Sawtooth Wilderness.

Without a doubt, it was the pinnacle of our many hikes in the Sawooths thus far and it will be truly hard to beat over the coming weeks (although we will certainly try).

The journey lasted just over 10 hours, but we easily could have spent days exploring the many side trails and accessible peaks along the main loop.

The views were outstanding, particularly from the pass above Twin Lakes, and we went hours without seeing other hikers— most opting to just visit Alice Lake (5mi) and return to their car.

Although we were absolutely exhausted by the end of the day, it was well worth every ounce of effort to experience this more remote section of the Sawtooths, and I’m already dreaming of a return expedition to explore some of the longer spur trails to remote alpine lakes that we just didn’t have time to tack on.

Resting up from our long day on the trail, we spent the following day walking along Redfish Lake, running errands in Stanley, and scoping out the best campsite for when Dan’s best friend Jonny would arrive later that afternoon.

We ended up spending the next week camped at this incredible site overlooking the entire Sawtooth range, perfectly set-up between our van and Jonny’s VW Westy with every camping luxury one could imagine.

It was genuinely hard to leave our amazing camp every morning, and it was only the promise of sparkling alpine lakes that made it possible.

On Wednesday, we enjoyed another fantastic hike, this time out to Alpine and Sawtooth Lakes (10mi).

Despite a fair amount of snow near Sawtooth Lake and actual icebergs floating in the water, I still managed a cold swim under the afternoon sun and returned to the car a very happy hiker.

We followed up Sawtooth Lake with another lake hike in the Salmon-Challis National Forest, located just north of the Sawtooths.

Dan and I had read about Langer Lake and nearby Roughneck Peak in a local magazine we collected on arrival in Idaho, which reported that this area has all the beauty of the Sawtooths, yet a fraction of the visitors.

Given that it’s mid-June and therefore a little early season, we haven’t seen many people on even popular trails, but were still intrigued by the promise of a hidden gem hike.

I wouldn’t say this area really competes with the Sawtooths at all, but the sprawling view from Ruffneck Peak back onto the Sawtooths, Pioneer Range, and the White Clouds was absolutely worth the sweaty ascent.

We spent the weekend splashing around on the sandy shores of Red Fish Lake and playing lawn games up at our awesome campsite, recharging for another week of hikes and some major summit attempts to come!

Before Dan’s friend arrived for the week, we managed to score an absolute knock-out campsite overlooking the entire Sawtooth range and we held onto this site like our lives depended on it (and it felt like they did over the weekend, when a huge flood of people descended upon this otherwise quiet part of Idaho and attempted to muscle us out of our campsite).

Staying in the same area for several weeks certainly has its perks, especially where our budget is concerned!

Maluaka Beach, the best place to snorkel with turtles on Maui

15 best hikes in the Sawtooth National Forest (+ an extensive guide to Stanley, Idaho)