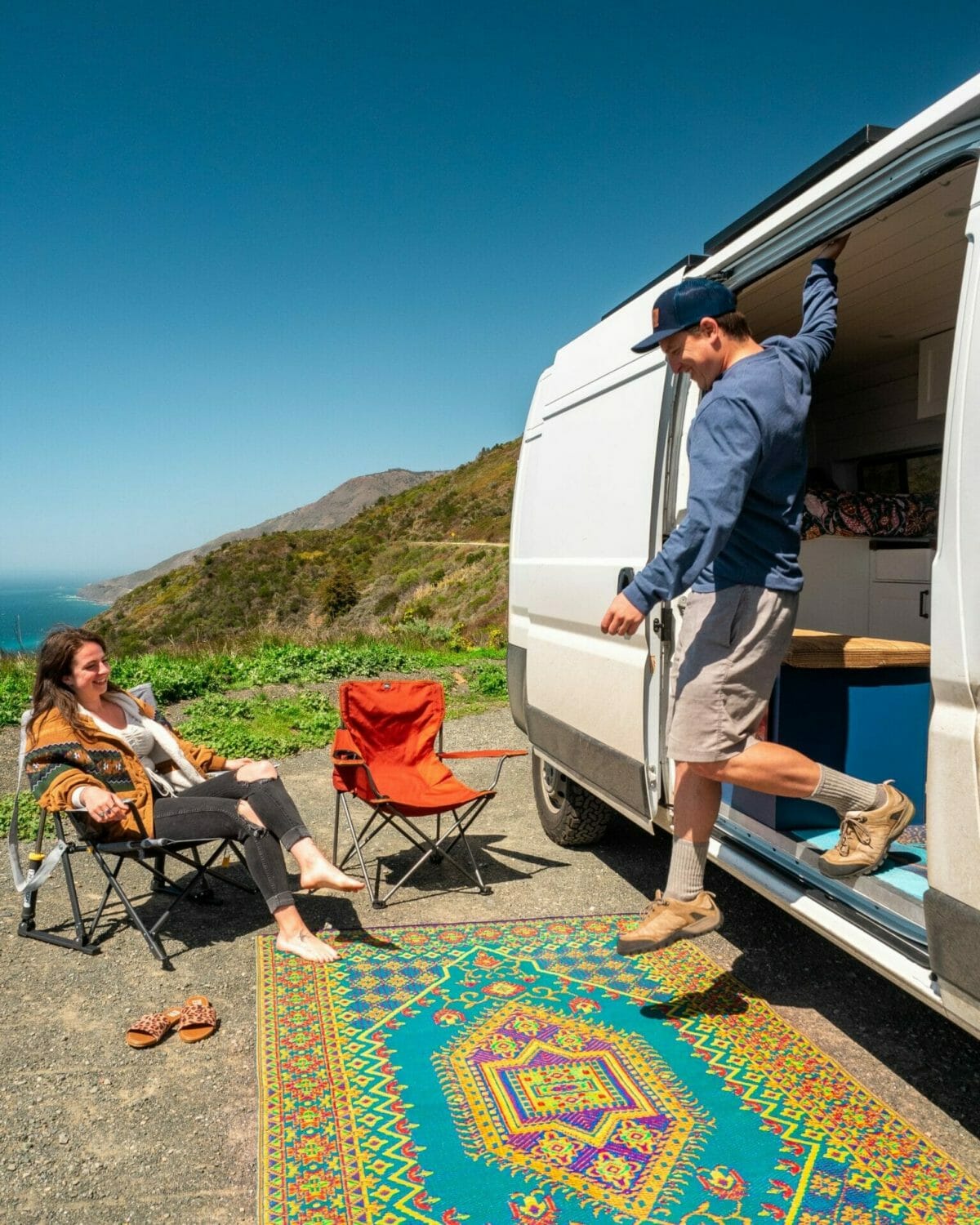 Following the last two weeks of rather intense driving, we were ready for cruisier days and fewer long afternoons spent in the car— we covered a small fraction of the distance we were imagining this week, but we had a bloody good time doing it. And best of all, we made it to Joshua Tree by Saturday, leaving us the better part of 7 days to explore one of our favourite places.

Leaving Paso Robles behind, our first stop on Monday was up north a short distance to Morro Bay, a gorgeous spot along the PCH that we missed last week thanks to major road closures.

Not only was the little seaside town incredibly charming and the beach pristine, but there was a remarkable abundance of wildlife around— we walked along the pier to the bark of seals, watched sea otters splash playfully in the bay, and even made friends with a few cheeky ground squirrels before the morning was over.

After an awesome start to the day at Morro Bay, we ended up driving all the way up to Big Sur, quite nearly the farthest point still accessible on the northbound section of Highway 1. Here, it’s all scalloped cliffs, salty breeze, and ocean views that stretch so far into the distance that they almost melt into the sky

We found an awesome pull-out off the highway sheltered behind a low hill and holed up for about 24hrs in the sun, a much needed break from all the hustle and bustle. It was the perfect opportunity to clean out the van, whip up a new stockpile of smoothies for the week, and test out our beautiful new outdoor rug!

Aside from being awoken by a cranky surfer shouting that we should “get this rig off the f*cking coast” (and I don’t even totally blame him, since an unfortunate number of campers aren’t vigilant about packing in/packing out and have absolutely destroyed otherwise pristine natural spots), this was just what we needed to recharge for adventures ahead.

Continuing back south and onwards to Santa Barbara, we spent an awesome night in the forest overlooking the coast and then made it down to Malibu, an area with (unsurprisingly) beautiful beaches and (surprisingly) heaps of interesting trails.

During the hottest weather we’d yet experienced on the trip, and with bellies crammed full of obligatory California In-N-Out (animal style, naturally), we managed to haul our sweaty selves up Mugu Peak for sweeping views in every direction.

Both the coast and the rolling hills were absolutely spectacular, even if our performance on the ascent left much to be desired— it’s been a long and very cheese-heavy holiday season, ok?

From Malibu, we made our way into LA and spent the next few days urban camping in the city while we explored a post-covid Venice Beach and local gem El Segundo, which feels more like a sleepy beach town than a suburb of the country’s largest city.

We met up with friends for a few too many drinks, hit up heaps of cool breweries, and I even went for a chilly ocean dip TWICE— both times I was literally the only person, aside from a few wetsuit-clad surfers, in the water, but there was simply no way I could pass up spring swimming in SoCal. During both seaside jaunts, Dan held my towel.

Although eager to get out of the city on Friday, we got bogged down in traffic and didn’t make it farther than Anaheim, also thanks to the 5 “essential” brewery stops we jammed in.

The highlight among these (at least in terms of setting) was the poolside couch on which we lounged about at Modern Times, an oasis during the unseasonably hot California afternoons we’ve been enjoying since heading south.

And if Modern Times took the cake aesthetically (and probably also in terms of their sours), Bottle Logic was an excellent way to wrap up the day, their dark beers rich with chocolate and blueberry and all variety of flavours that would be equally at home in a cobbler.

Our collection of craft beers is full until further notice, but that didn’t stop Dan from trying to sneak in a few additional cans (discouraged only by low to-go stock).

Finally, the week concluded with a luxurious (but still free!) stay at the Best Western in Yucca Valley, offering the first showers (aside from beach showers) that either of us have had since last Sunday.

Rested up and squeaky clean, we can’t wait to get back outside in Joshua Tree in the coming days— a truly magical place made all the more special by the fact that it’s where Dan and I met last year.

For the third week in a row, we managed to skate by with absolutely zero accommodation costs, despite spending one night in a whirlpool king hotel suite (all courtesy of Dan’s reward points!).

We definitely got into the swing of urban camping, discretely sleeping along residential streets in LA and camping out front of breweries, but are also admittedly excited to have made it to the desert, where free camping and boondocking on BLM land is now the new norm.

I’m beginning to feel like a broken record, but this week, yet again, we exceeded our ideal budget. And not to point fingers, but it was all Dan’s fault (see photo above for proof).

Aside from the extremely intense brewery hopping, we actually didn’t spend much this week in other categories, largely thanks to cooking in the van and all the awesome free camping spots. We did do a massive food restock, but at the very least, it’s promising to know that once we are out of brewery country next week, we should be able to maintain pretty tight spending!

The best spots to snorkel with turtles on Maui