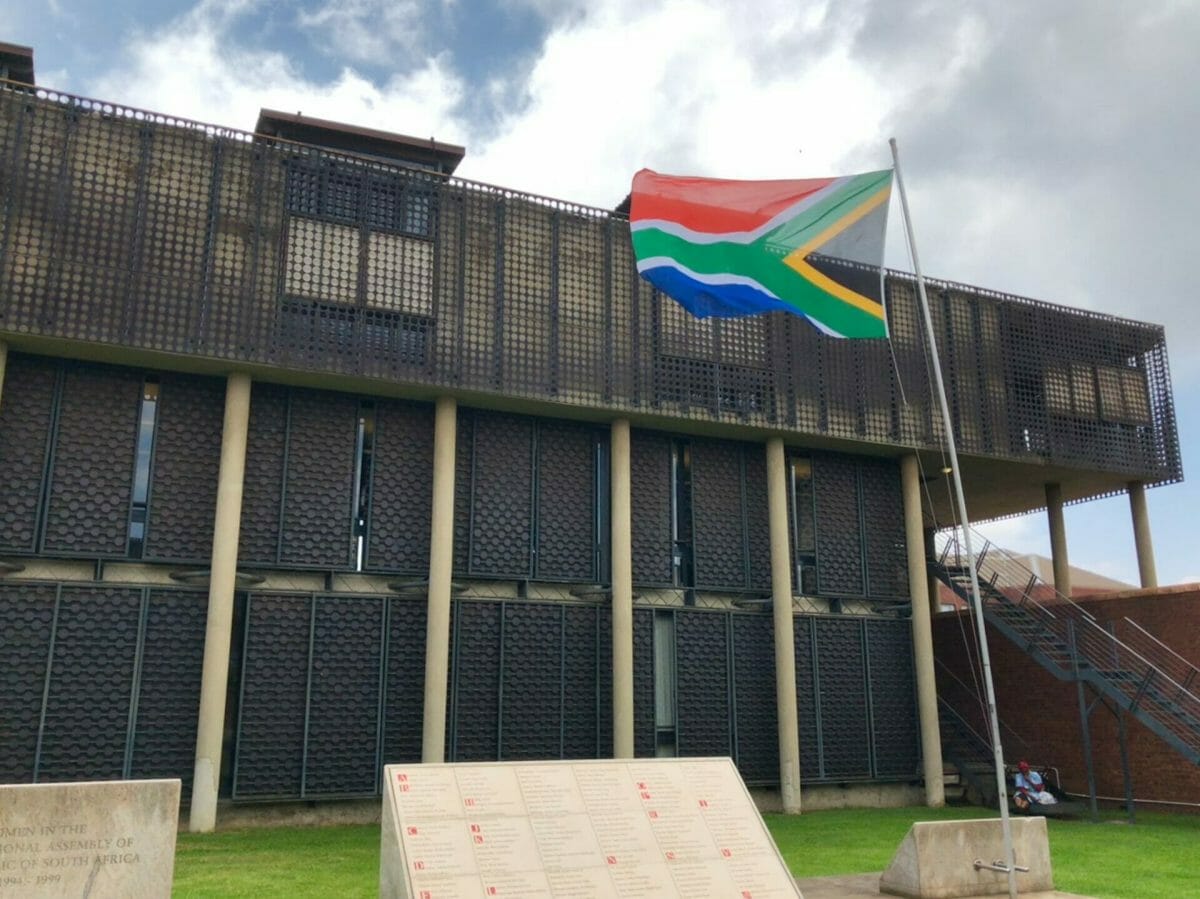 To dive into just a little of the Apartheid history in Johannesburg, mum and I visited Number Four Prison today and took an hour long guided tour to learn about the horrifying conditions in ardhich many political prisoners, including Mahatma Gandhi and Robert Sobukwe, were kept (Nelson Mandela was imprisoned in the nearby white jail to make him more noticeable and prevent an escape). Although it is certainly sad to learn about the many injustices that took place in South Africa only a few decades ago, it is also important to hear stories of those who were able to rise above this discrimination and usher SA into an era of equality and democracy that is still a work in progress today.

All the details: Number Four Prison

Cost: Join a guided tour for R65 to learn more about this historic place and the events that took place here.

Getting there: The best way to reach Number Four Prison at Constitution Hill is by Uber— it’s incredibly cheap, safe, and you don’t need to worry about navigating public transport or parking. Otherwise, the red City Sightseeing tourist bus does stop here.

Where to stay: When in Joburg, opt to stay in one of the hip neighbourhoods like Melville. There are a number of reasonable Airbnbs in the area and your hosts can be a great source of local knowledge!

Top tips: Try to visit the Prison during off-peak hours— we managed to get a tour guide all to ourselves for the same price.

Number Four actually held both petty criminals and political prisoners (often labelled terrorists) who belonged to anti-apartheid groups or engaged in political activism, and, like South Africa at the time, was segregated, with black, coloured (mixed race), and white prisoners experiencing different conditions ranging from their food to their sleeping conditions. One of the first stops on the tour was to view a cell that upon first glance seems rather large (the size of a small bedroom) until you learn that 80 or more prisoners were kept inside that space for a large part of the day.

The prison was largely controlled by gangs, which meant that weaker prisoners and boys as young as 14 were often selected to be sex slaves and repeatedly raped with no interference from the “warders”. Prisoners themselves would arrange the cells according to hierarchy, so gang leaders would have the largest area farthest from the toilet with dozens of blankets stolen from other prisoners stacked up to make mattresses while the lowliest prisoners would sleep directly on the ground with their shoes as a pillow. The tour also takes in the outdoor eating area where prisoners would squat or kneel to eat, set directly downhill from the open squat toilets that often overflowed, spreading human waste and disease into the eating area. Many died while in Number Four just from the insanitary conditions.

We also learn that daily strip searches were conducted, which involved the insertion of a large wooden dowel into the rectum of every prisoner to make sure that no one was concealing anything. We also saw the wooden frames where prisoners would be strapped and flogged repeatedly as punishment, while others looked on. Treatment from the “warders”, as well as other prisoners, was constantly humiliating and inhumane. Many petty criminals were encouraged to join gangs within the prison just to survive, but new members were forced to kill a fellow inmate as initiation, fostering further violence.

The final stop on the tour is the solitary confinement cells, where prisoners were officially held for 30 days, although they were often unofficially held much longer. When in these miniscule cells, prisoners were given a bucket of water and a bucket to use as a toilet, were fed only the starchy water that ran-off when cooking rice for the other prisoners, and were allowed only a couple minutes outside each day. They would endure days on end of complete darkness, and then days and night of bright light, depending on what fresh torture the “warders” doled out.

The whole experience was horrifying, seeing the conditions in which people were kept just for being a member of an anti-apartheid group, but was also inspiring, seeing what humans are able to overcome. Gandhi was actively involved in protests against Asian discrimination in SA, which led to his imprisonment, and I was surprised to learn that he spent more than 20 years in South Africa. He is famously quoted as saying “Truly speaking, it was after I went to South Africa that I became what I am now. My love for South Africa and my concern for her problems are no less than for India.”

We were fortunate enough to enjoy our guide completely to ourselves and were able to grill her with questions about the prison. Although it is possible to visit the prison without a guide, I would recommend taking the very inexpensive tour (R65) and benefiting from the knowledge and stories of the guides.

A guide to booking the best Sahara Desert Tour