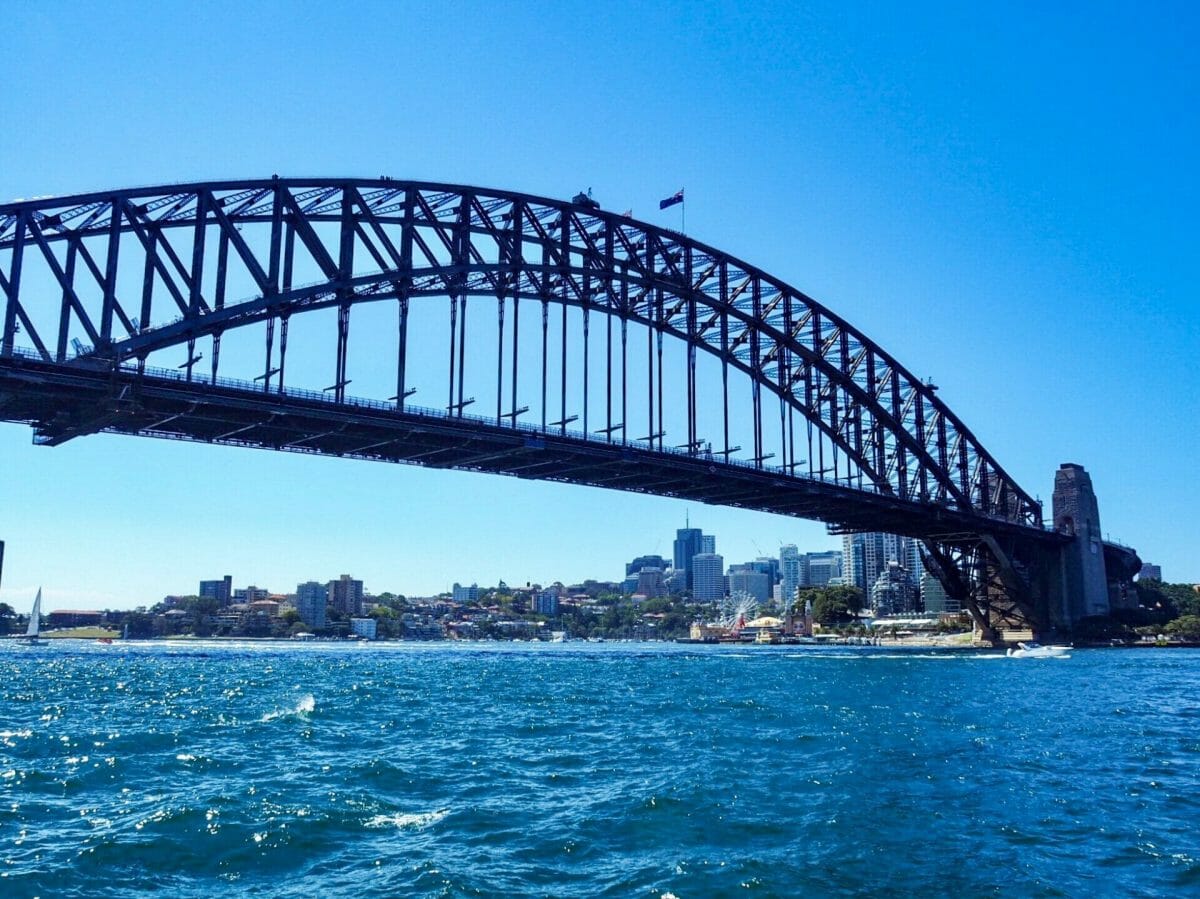 Sydney is, without a doubt, one of the most beautiful cities in the entire world. And while that beauty is easy to lose sight of when driving through the web of chaos that is the Sydney CBD (making the 9th wrong turn at a 6-way intersection onto a one-way road), it’s absolutely effortless to recoup at Circular Quay, the crown jewel of this seaside metropolis. Even silhouettes or sketchy outlines of the Harbour Bridge and the Opera House are recognisable all over the world, epitomising for many people their idea of Australia (plus or minus a few kangaroos). As is rare to find, though, these iconic landmarks live up to every bit of their hype in person, standing larger than life on either side of the sparkling Sydney Harbour. For the quintessential Sydney experience, this is truly the place to be. Here are just a few of my favourite angles and vantage points from which to enjoy the beautiful Circular Quay and truly fall in love with this city.

Looking at the water from Circular Quay Station, The Rocks is a charming and historic area to the left, running from the ferry wharf to the pylons of the Harbour Bridge and looking out directly onto the Opera House from across the water. The neighbourhood itself is well-worth an explore, from the always inventive Museum of Contemporary Art to the weekend craft and food markets; plus, the narrow lanes are overflowing with restaurants (my favourite harbourfront restaurant just closed, but this is a great Italian place just off the water).

Sadly, the newly increased mooring of city-sized cruise ships in the Harbour does a lot to obstruct the straight-on views of the Opera House, but even with a ship occupying the prime photo spot, it’s possible to enjoy great views from the far end of The Rocks near the Park Hyatt. And for pictures of the Harbour Bridge, ship or no ship, simply walk down the street and look up. Not a bad spot to spend the day!

Although not actually in Circular Quay, Rose Bay is just a short 10 minute ferry trip across the Harbour and is currently my favourite location for stunning views of the Opera House and the Harbour Bridge, so I felt the need to include it on this list. When you arrive, relax on one of the many beaches looking straight out onto this incredible scene, such as Queens Beach, Hermit Bay, or Milk Beach— there’s just nothing like swimming in the ocean and popping out of the waves to see the Sydney skyline, the Opera House, and the Harbour Bridge, all at once.

This is as good as it gets, people. With more time, definitely enjoy continued Harbour views on the Rose Bay to Watsons Bay Walk, an incredibly scenic coastal stroll with the ultimate backdrop.

Situated on the Lower Concourse below the Opera House, the aptly named Opera Bar spans an enormous area of the harbourfront, serving up expensive cocktails and tasty nibbles to glammed-up Sydneysiders and forever under-dressed tourists (I’m not embarrassed to admit, that’s been me about half a dozen times— what can I say, I’m a fan of activewear). There are dozens and dozens of tables, positioned near heaters in the winter and some even under cover for when particularly unpleasant weather strikes, but the best seating in the house is on the rock bench built into the entire perimeter.

It’s from this bench that you can get amazing photos of the Harbour Bridge, completely unobstructed by balustrades, swarms of other tourists, or even the monstrous cruise ships that have become a permanent fixture in the Harbour. If you aren’t planning to tuck into a few afternoon drinks at the bar, you can still access the bench-seating at its far end for photos (around the base of the Opera House steps, turn right towards the water and descend downstairs). In my opinion, this is the best view of the Harbour Bridge from land, and actually one of the coolest spots in the city for a classy afternoon, so it should come in very high on your list of things to see!

The Opera House as seen from the Harbour Bridge

For aerial views of the Opera House and the whole expanse of the Sydney Harbour, the Pylon Lookout is simply the best. Although it won’t get you quite as high as the famous Bridge Climb, it’s a fraction of the price ($15/$10), doesn’t require any pre-booking, and is therefore a far-better alternative for most visitors to the city.

From The Rocks, walk across the start of the Harbour Bridge and then climb several hundred stairs to reach the final lookout, taking in several exhibitions along the way that detail the construction of the Bridge itself. Once at the top, there are panoramic views of basically the entire city and not nearly as many people as you’d expect— surprisingly, the Pylon Lookout isn’t incredibly well-known, so, at least for now, it’s possible to enjoy with minimal jostling and without all the irritation of having strangers in your photos.

5 | Ferry across the Harbour

The single best all-around viewpoint on this entire list is actually on one of the city ferries. For ~$6, cruise up to the glitzy Northern Beaches, down to the eastern suburbs, over to Darling Harbour, or all the way to Parramatta along the river; all worthwhile destinations in their own right, it’s still the ferry ride that makes the trip so fantastic, and a strong contender for Best Scenery Ever Witnessed on Public Transport.

Cruising away from Circular Quay, you’ll have wonderful views of the city’s towering skyscrapers and, regardless of the direction of travel, spectacular views of the Opera House and the Harbour Bridge. Travelling towards the eastern suburbs, the ferry will even circle the Opera House, allowing for more fantastic shots of this iconic building from all angles. Even if you have no idea where to go, hop on a ferry, snag a prime outside spot, and keep your camera at the ready— you won’t be disappointed.